Bells and Baubles in Barcelona: Christmas Fun for all the Family

Next
Bells and Baubles in Barcelona: Christmas Fun for all the Family 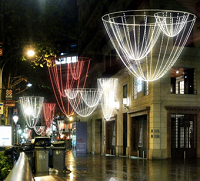 Barcelona at Christmas is an even more vibrant, thriving hub than other times of year, if you can imagine such a thing. Filled with revelry-seeking locals and internationals alike, they all have one thing in common: they know they will not be disappointed. Our hotel for families in Barcelona wishes you a marry Christmas.

Christmas 2015 in Barcelona promises to be at least as interesting and exciting as every Christmas that came before it. Traditionally in Spain, celebrations are extended well past the timeframe that other European countries deem necessary. Perhaps that’s how the Spanish got their reputation for loving a good party! The Spanish (as well as the Catalans) indulge many local customs and traditions all the way through from Christmas Day (known here as El dia de Nadal/Navidad) right up to the 5th and 6th of January; the latter dates see huge celebrations in Barcelona and the children are likely to be more fond of these dates than Christmas day itself, with the ‘Tres Reis Mags’ (or Three Kings) appearing laden with gifts for them. 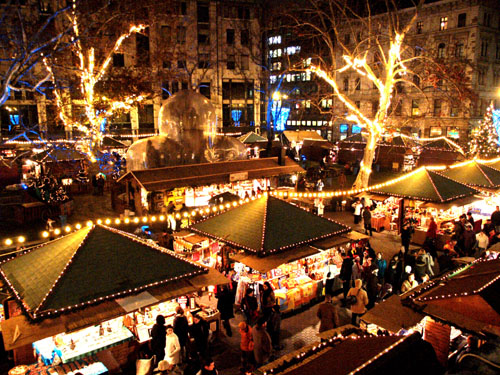 Of the many wonderful options Barcelona offers up to keep you entertained over the festive season, you and your family will almost certainly be enthralled with the innumerable activities at your disposal. Among some of these are concerts, performances, markets and fairs; many of which your children are bound to love!

The Basílica de Santa María del Mar hosts a wonderful performance of Handel’s Messiah, and there are plenty of alluring shows taking place over the Christmas season at both the Palau de la Musica and the Liceu Opera House. 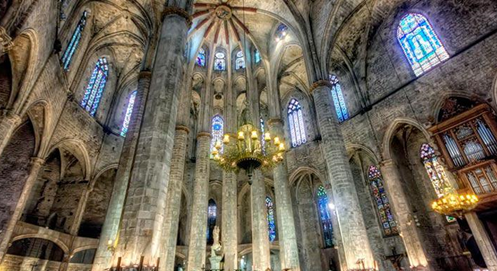 If markets are your thing, the old city of Barcelona will host many craft fairs and Christmas markets this month. Why not meander around “La Fira de Santa Llúcia” Christmas market on Avenida de la Catedral? This market is Barcelona’s oldest and runs right up until 23rd December. It is located right in front of «La Seu», Barcelona’s cathedral, so if you’ve never been inside this spectacular building, it would be a fitting opportunity to pop in and see what all the fuss is about when you’re done with the market.

For the children, Spanish Village Poble Espanyol (found on Montjuic hill by Plaza Espanya), runs a full programme from the traditional ‘Catalan Caga Tió’ to Christmas carols. Another option is the Festival de la Infància at the Fira Montjuïc exhibition area in Halls 1, 2 and 3. Aimed at families and consisting of sports and games, karaoke and concerts, workshops and even an ice rink, the popular event often pulls in around 200,000 attendees each year over the Christmas period.

If you’re used to white Christmases, you won’t see that in Barcelona, but don’t worry – the weather is still chilly enough in the evening that you have a great excuse to wrap up warm in the evening with scarves and gloves for that authentic Christmas vibe. Bon Nadal i Feliç Any Nou!