Family Fun at the Sagrada Familia

Previous Next
Family Fun at the Sagrada Familia 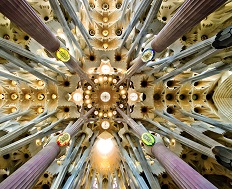 The famous Antonio Gaudi architectural project, Barcelona’s Sagrada Familia, has been in the process of construction since 1882. Any visit to Barcelona would be incomplete if Sagrada Familia was not on the itinerary! Families can experience a perfect day out here, as there is so much to see and learn about – even the very young can appreciate the vast, artistic magnificence of this unique building. Hotel Grums is a great solution if you are looking for family hotels in Barcelona.

The architect Gaudi’s story is a very interesting one; he originally intended his architectural masterpiece to be a ‘catherdral for the poor’ but as he was killed in 1926 after being hit by a tram very close to the site of the Sagrada Familia, it is still being built by other architects according to his original plans.

Gaudi was very much involved with directing the construction of the Sagrada Familia before he died, and was famous for being a bit of a perfectionist; he would have things done and redone until they met his expectations. 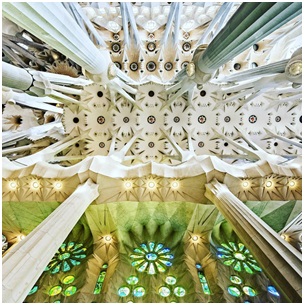 Now that he is not around to continue this, architects have to rely on their skills of interpretation to keep it in line with Gaudi’s vision. Gaudi himself intended Barcelona to become famous precisely because of his Sagrada Familia, and indeed the church took on such importance it soon became known as ‘the Cathedral’, despite not having a bishop’s quarters.

Construction may finally end in 2026

Obviously you can expect to see a lot of construction occurring during your visit, so it helps to know that this building is a masterpiece in progress!

This impressive building can be found in the heart of Barcelona, and its increasing popularity brings in millions of visitors each year, and the funding for the construction of this building has come solely from donations (and ticket money) over the last 130 years. There is an end date in sight, however; predictions are posited at ‘sometime in the first part of the 21st century’. Some says 2026. 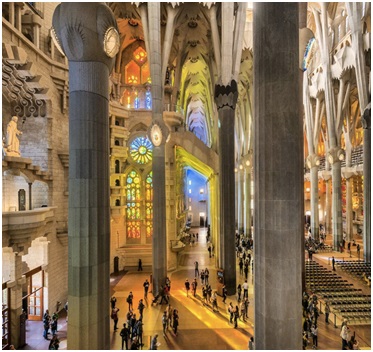 What should you keep an eye out for?

There are currently projects underway to build 4 belfries and a 170 metre central dome. The church is intended to sport a grand total of 18 towers. The climb to the top of the Sagrada Familia should be on any visitor to Barcelona’s to do list. It is famous for its breathtaking views. The children are likely to love the museum, where they will be able to see models (sometimes being made and reproduced in real time), photos and plans of the buildings.

The detail on the facades is nothing short of magnificent. There are many symbolic biblical stories and embassies hidden here, so it is worth spending some time checking them out!

We are sure that your family visit to Barcelona will be complete with a visit to Sagrada Familia. Buy your tickets and get further information here.