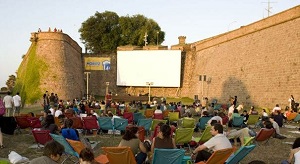 Summer is here and it is time to enjoy outdoor activities! To combine a usually indoor activity with this beautiful weather, Sala Montjuic offers an outdoor film festival. Enjoy this festival while you stay in our family hotel in Montjuic.

For the 16th edition, the festival has a great selection mostly with award-winning movies. It goes from classic movies, like Psycho, to most recent releases, like Lion. We selected some of them, for a larger audiences.

Broadcast on the 6th of July.

A Shakespeare classic revisited! This musical takes place in New York, in the Upper West Side. Two gangs, the Jets and the Sharks, are fighting for the control of the area. But, as in the classic novel Romeo and Juliet, one member of the Jets gang (Tony) fells in love with a sister of Sharks’ gang member (Maria). Awarded movie, it remains one of the most iconic adaptation of Shakespeare.

Broadcast on the 13th of July.

This silent black and white comedy was released in 1928. It is a classical of American film culture, as it was added to the National Film Registry.  Action takes place in Los Angeles, where a young photographer, Buster, falls in love with a MGM secretary (a film production), Sally. To get close to her, he decided to become a news cameraman. Problem is, he doesn’t know how to use filming camera, for which he emptied his bank account. Furthermore, another man, Stagg, is also into Sally and is a professional cameraman. Chaining gag and misadventures, will Buster lost his job? Will Sally fall in love with him? 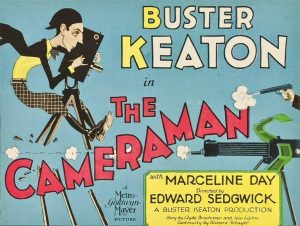 Grave of the Fireflies

Broadcast on the 25th of July.

It is a Japanese animated movie, released in 1967. The film takes place in Japan, after an American bombing during World War II. This tale follows two teenagers, Setsuko, the younger sister and Seita, a brother in charged of his sister after they get separated from their parents. It is a survival story, where brotherly love make them go through different problem.  A reflection on the human damages of war. It can be emotionally hard to handle, so make sure to be ready. 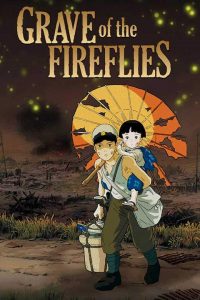 The last session of this festival, on the 3rd of August, is a surprise! All movies are broadcast in their original version, subtitled in Spanish.

You can have different complement with your tickets. The association offers a guided visit of the Montjuic Castle, for 5€, an eco-picnic for 10€ and lounger hire for 3€. You can also purchased a 3 or 5 sessions ticket, respectively 15€ and 20€.

And don’t worry, if it rains, before the show starts, you will be reimbursed and after, you can attend any session for free. Go on the official website for more information.

Before the movie, local bands come to perform and set the mood. Concert starts at 8.45pm and the movie at 10pm. Enjoy this festival in an unique place while you stay in our family boutique hotel in Barcelona.