Sant Jordi: How is it celebrated in Barcelona?

Previous Next
Sant Jordi: How is it celebrated in Barcelona?

The Sant Jordi Day is one of the biggest events in Catalonia. The 23rd of April, traditionally known as the Day of the Book, is celebrated on a particularly grand scale in Barcelona. If you happen to visit the city during this special day you should definitely join the local tradition and the celebrate Sant Jordi. If you plan on visiting we suggest you stay at our luxury boutique hotel Grums. It is conveniently located in centre of the city, therefore allowing you to make the most of this festive day.

So, what exactly is celebrated on Sant Jordi’s day in Barcelona?

Sant Jordi Day, or as it is known in Catalonia, la Diada de Sant Jordi commemorates the death of the Saint Jordi. And 2019 is the 303 year since his passing. He is celebrated annually on the 23rd of April. 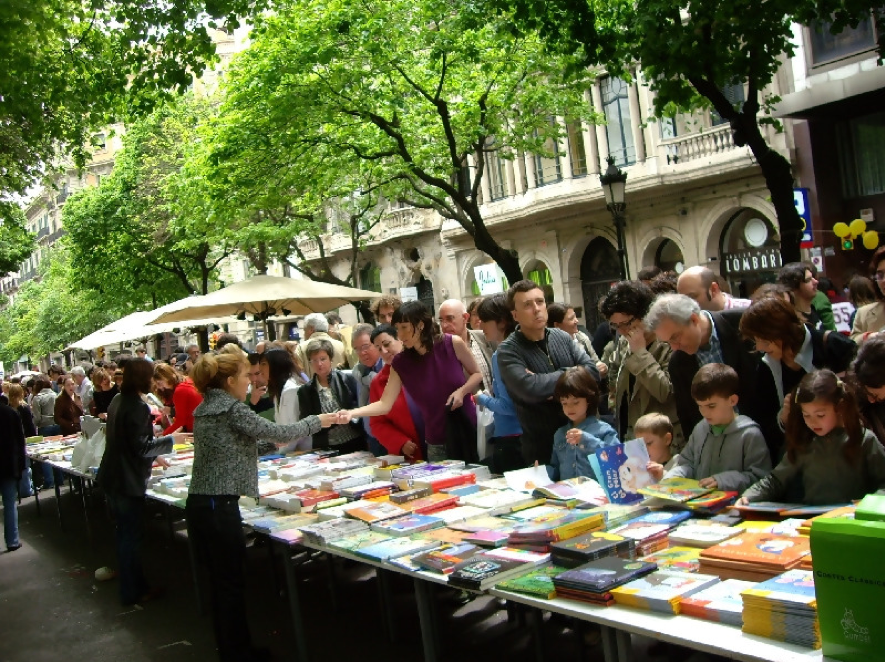 Image courtesy of utopiq via flickr.com

Saint Jorge de Capadocia is not only the patron saint of Catalonia. But also of Aragon and other countries of the world such as England or Portugal. The 23 of April is, in addition to the Saint, also intimately linked with literature as it also commemorates the death of two literary geniuses: William Shakespeare and Miguel de Cervantes. Both died, not in vain, on April 23, 1616. For this reason, it is tradition to give away books on Sant Jordi’s day. Books, but also roses.

Why is this flower given as well?

This custom goes back to the Middle Ages, since Sant Jordi is also the Day of the Lovers. Thus, it was customary for men to give a rose to their lovers. So don’t forget, April 23rd is the festival of books and roses. Do not miss it! 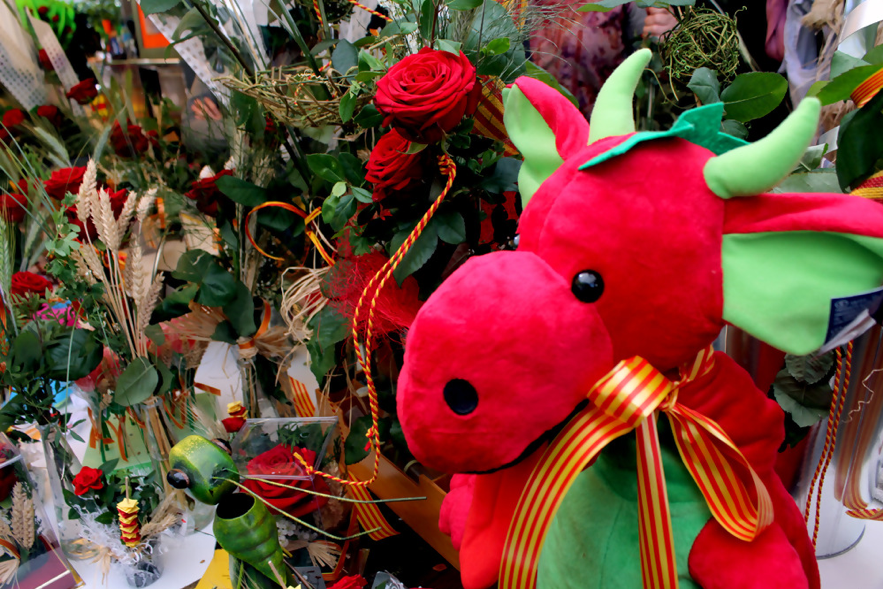 Image courtesy of Barcelona in HD via flickr.com

On Sant Jordi, the party is in the streets, nobody stays at home! Colourful street stalls full of books and roses take over Barcelona. Just strolling through the streets in the city centre is enough to fall into temptation. Las Ramblas is the epicentre for this day, here you can join the tradition and make a gift to your special one.

Other spaces such as Plaza de Catalunya or Plaza Sant Jaume are also excellent to enjoy an atmosphere which only occurs once a year. And if you end up only coming earlier, Easter in Barcelona is also a very special time to visit.