The Cathedral of Barcelona is, without a doubt, one of the great attractions of the “Ciudad Condal”. Located in the Gothic Quarter, 20 minutes away from our boutique hotel in central Barcelona it is one of the must-see monuments and most striking for visitors. You surely thought about visiting it – and to allow you some insights not everyone knows about, we’d like to share with you some hidden facts. Here are 6 things that you may like to know about the Cathedral of Barcelona.

1. Its full name is Santa Iglesia Catedral Basilica of the Holy Cross and Santa Eulalia

The Cathedral of Barcelona is dedicated to Santa Eulalia, co-patron of the city. She was a 13-year-old teenager, who was persecuted for her Christian faith during the Roman Empire. After suffering different tortures, she was buried in 300 AD. The curious thing about this story, is that just a few decades later, with the Emperor Constantine, the Christian religion was accepted.

The cloister of the Cathedral is home to a total of 13 geese, one for each year that the young Santa Eulalia lived. These are usually swimming in the fountain, next to a statue of St. George. 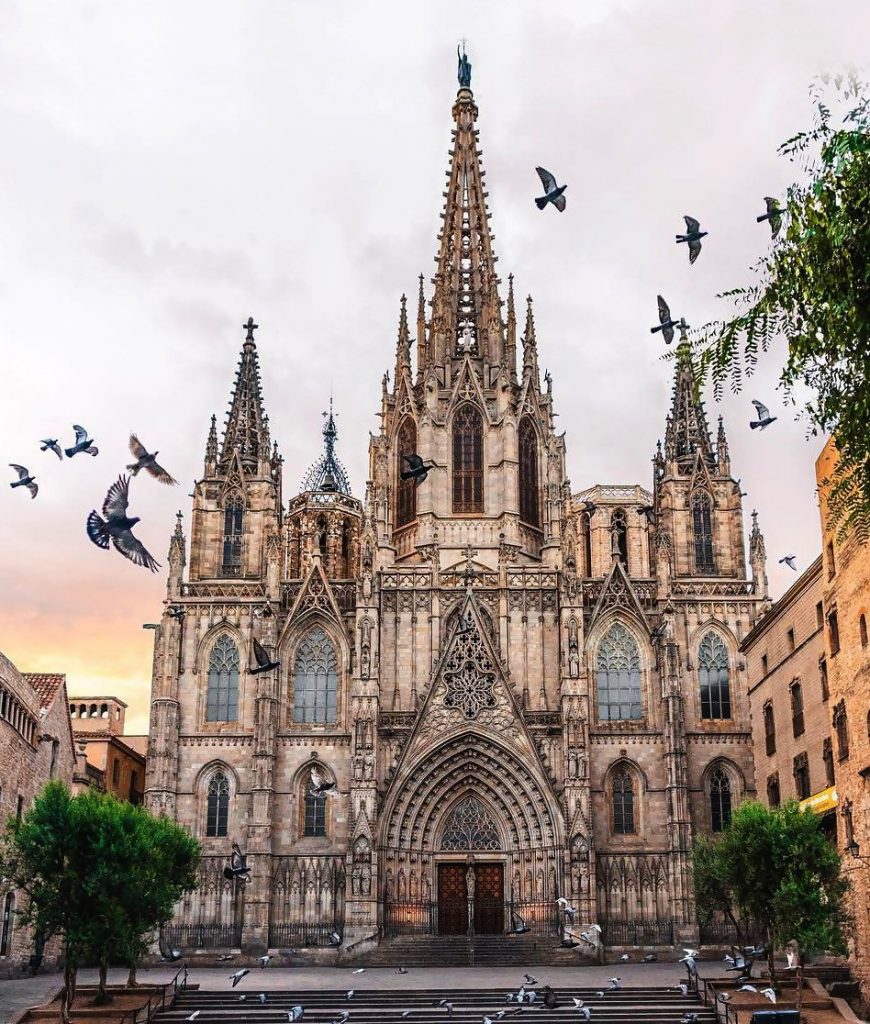 3. It took six centuries to build

The works of the Cathedral of Barcelona started sometime between the thirteenth and fifteenth centuries, therefore, it is a beautiful example of Gothic architecture. However, in the 19th century, when it was completed, a façade was remodeled in neo-Gothic style. Believe it or not the cathedral was built on an ancient temple in honor of the God Jupiter.

4. In it is the crucifix of Lepanto, known for its tilted design

The Chapel of Lepanto holds a somewhat unusual crucifix, as it is slightly tilted. According to the legend, this crucifix was traveling aboard a ship which was casualty to an enemy attack. It is said that it was the cross was therefore tilted inorder to dodge the bullets. 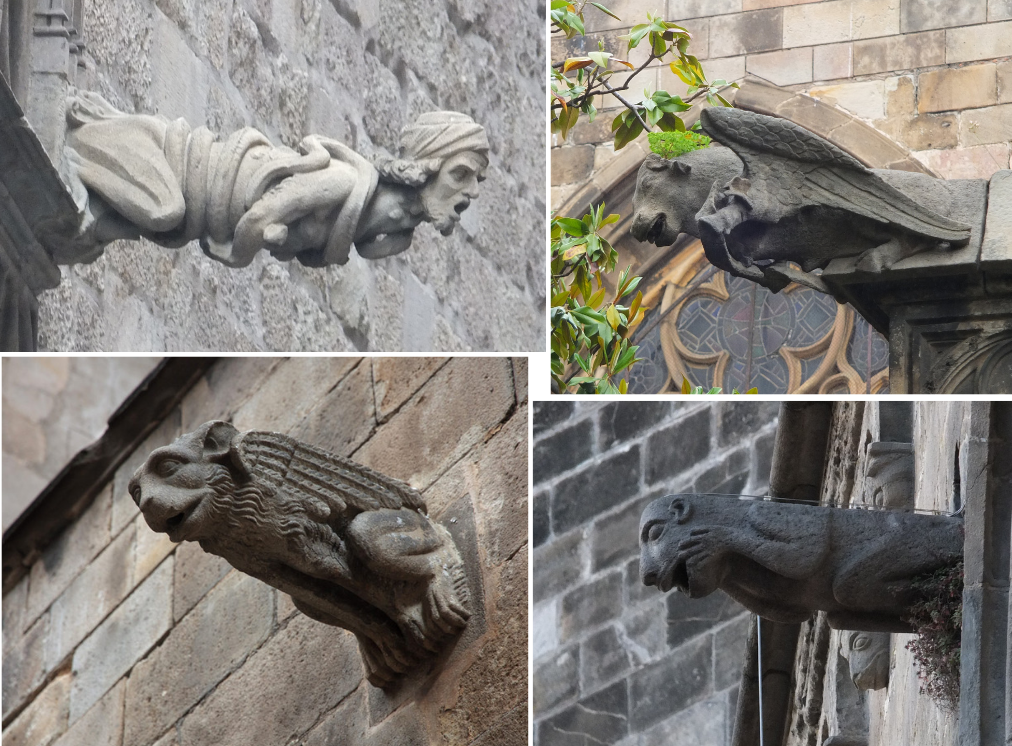 5. The facade has more than 200 gargoyles

Gargoyles are the representation of evil spirits and witches. The church hosts more than 200 gargoyles, from which some are particularly striking, some are in the shape of an elephant for example, and one even of a unicorn.

6. It is the home of one of the last exorcists

In the Cathedral of Barcelona lives the father Juan José Gallego, the only exorcist of Catalonia and one of the very few in Spain. This fact endows the basilica with a certain sense of mystery.

Knowing these hidden mysteries – you should make sure not to miss one of the most interesting monuments in Barcelona!

We are looking forward to hosting you at our boutique hotel for family in Barcelona.