Previous Next
Magical Montjuic in Barcelona

Montjuic is at the edge of trendy El Pueblo-sec. This naturally wooded hill has a special place in the history of Barcelona. In the early 19th century, the hill was commonly used for growing food and grazed by animals. The hill was selected to hose the 1929 international exposition, for which large-scale construction began for the event. We hope you enjoy our hotel in Barcelona with all its amazing sights!

Since the early developments of the hill some of Barcelona most notorious attractions such as The Palau Nacional, the Olympic Stadium and the ornate Font Mágica fountains. There is even a 17th century castle called castle of Montjuïc which remains today. 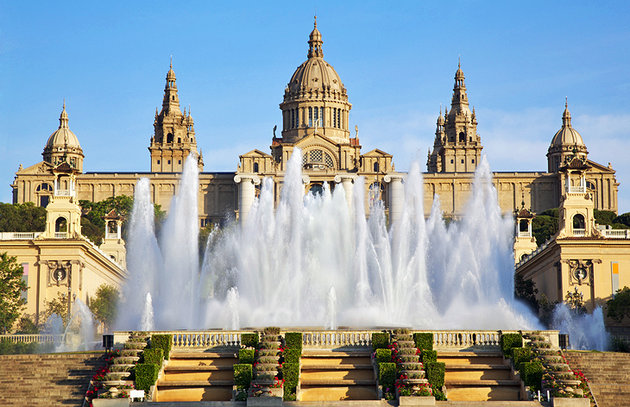 The Ornate Font Mágica Fountains happily and faithfully put on a show for visitors every day, while The Palau Nacional holds some of Catalonia’s most treasured art. The mountain also houses smaller Barcelona focused museum on specific artists and painters. Some smaller museums include Fundació Joan Miró and The Olympic and Sports Museum Joan Antoni Samaranch. There are also botanical gardens for visitors to enjoy! 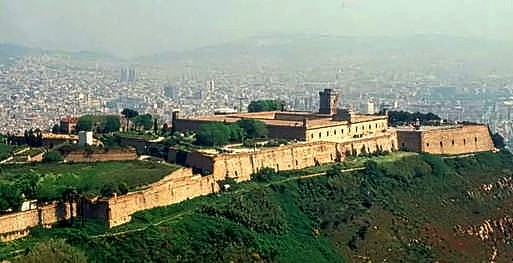 The hill itself is broad and shallow with a flat top overlooking the gorgeous Barcelona harbour and the city centre. It is popular among tourists and locals for its lovely museums and views. Due to the hill’s small nature, you can drive, bus or even walk up the hill to the very top! 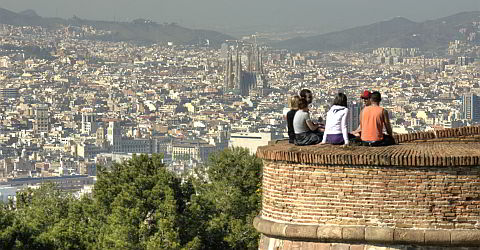 However, locals can enjoy its incredible views wile visiting the local museums and parks on the moutain. Best of all, if your looking for a pool to swim in, the mountain has an olympic used pool open to the public and visitors. Wouldn’t it be amazing to swim where the olympic athletes swam?

We hope you enjoy Magical Montjuic while staying in our hotel in Barcelona!