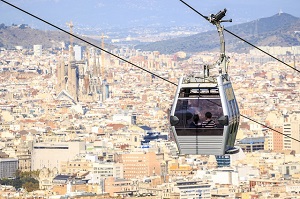 Montjuic is located in the South of Barcelona, near Poble Sec and is a great area to explore. You could resume Montjuic to a hill, however, there is plenty of things to see and explore, on top and around. You know what is the best part? It is located only 20 min away from our hotel in Montjuic Barcelona.

The Castell de Montjuic was built around 1640. The hill was always inhabited, but its unique position in the city interested the military forces. Before 1640, a tower of surveillance was erected on top.

This project started during the Catalan Revolt, when the Consell de Cent (municipal council) decided to fortify the Montjuic’s summit, by surrounding the tower with walls. When the threat of a naval siege was more present, the population was request to help the construction, which was done in a month.

Three years later, the municipal council decided to renovate the building, for strategic purposes. Unfortunately, with the invasion of Philip IV, the fort became property of the Spanish monarchy. A permanent settlement was established and along the years, a lot of improvement were made, transforming the fort in citadelle.

The Castell’s role changed during the 19th century, to a symbol of repression. Indeed, during 1842, a popular uprising happened, leading the government of Esperanto to bombard the city from Montjuic to punish this rebellion. It was also used to imprison the anarchist and revolutionaries. 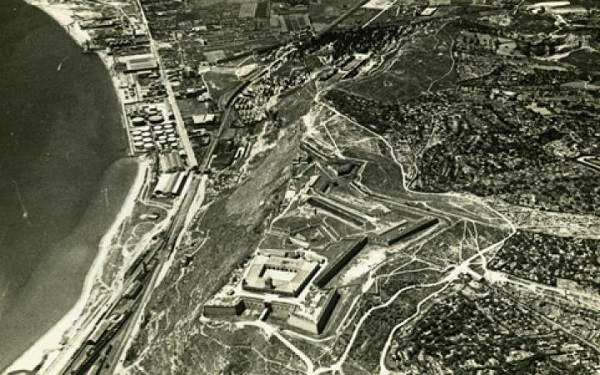 This role stuck until the Spanish Civil War, where the fort was a provisional internment centre and jail. It kept this function until 1960 before it was partially ceded to the city by Franco.

The monument went again under renovation, to acknowledged its change of status, from a military location to an accessible place. A Military Museum was inaugurated in 1963, which was in the military barracks. It was closed in 2007, as the Montjuic Castle was completely ceded to the City of Barcelona.

How to get there?

From Hotel Grums, you can go by foot, public transport or car.

By foot: for the bravest, it is a 40 min walk up the hill. The path is steadily going uphill (170 meters elevation gain) and you can walk through different gardens, such as Park del Mirador or Jardin de Joan Bossa.

By public transportation: different options here, all during more or less 45 min.

If you want to limitate walking, go to Parallel, take L3 to Plaça Espanya and then the bus 150 (stop is on the Reina Maria Cristina Avenue) which will drive you uphill, going through the Olympic installations.

By car: it is a short 10 min ride. Take Carrer de Vila i Vila when you leave the hotel, then right on Passeig Joseph Carner and continue to Ctra. de Miramar (don’t go under the bridge, keep a bit left). The parking lot entrance is on Carrer dels Tarongers. 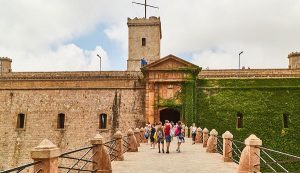 Free admissions on 18th of February, 18th of May, 24th of September, first Sundays of the month and Sundays after 3pm.

Opening Hours: from 1st of November until 28th of February, from 10am to 6pm.

If you want to learn more about this monument or need information about your visit, go on the official website or at our front desk. Enjoy your stay in our family hotel in Barcelona